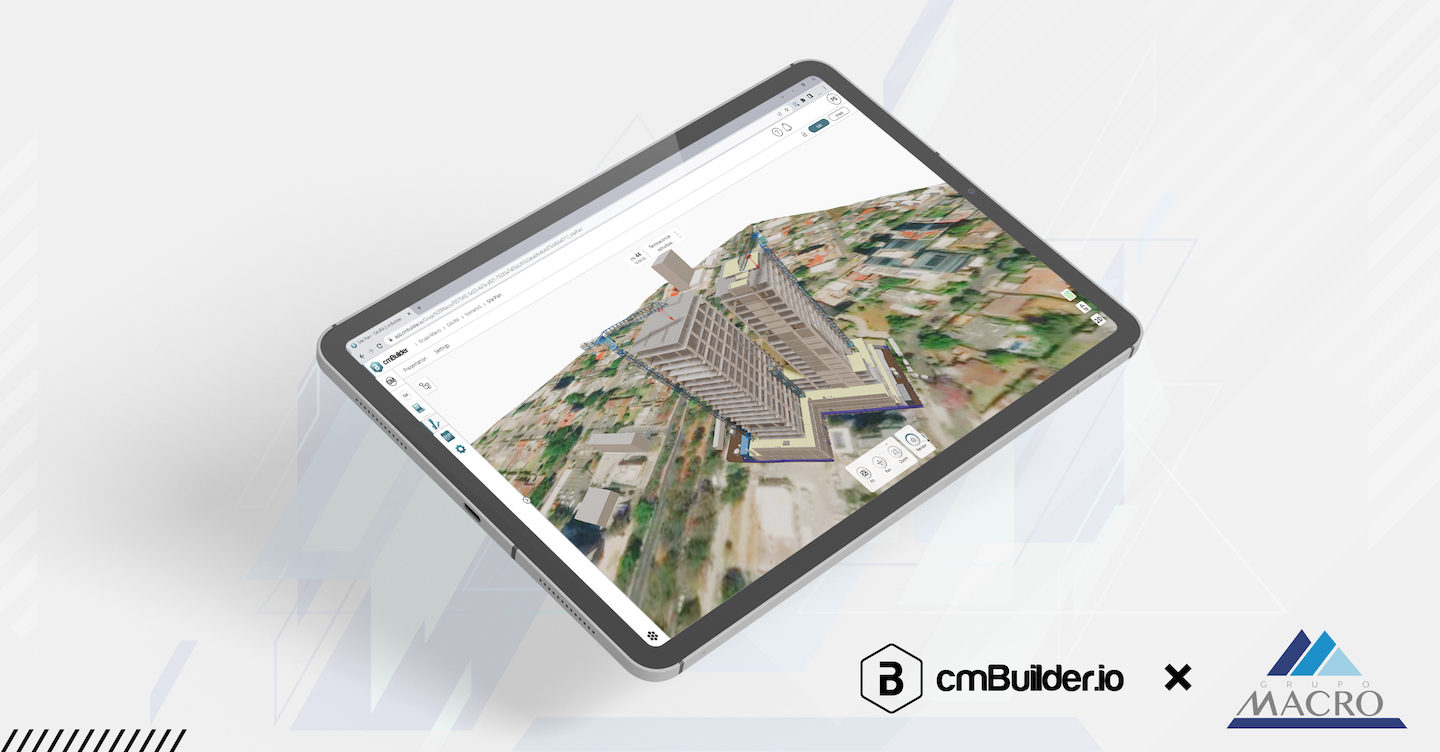 Grupo Macro is a Guatemalan construction company, that specializes in the construction of high-rise buildings and horizontal housing, building complexes, infrastructures and industrial constructions that operates mainly in Guatemala and Panama. About 6 years ago they started their digital transformation by simply diving deep into BIM, the collaborative work methodology for the creation and management of construction projects; which would give a 180° turn to the workflow of the organization. When looking for software to model pre-construction stages that was easier to adopt than what they had, they found cmBuilder.io.

The need for simpler software was imminent, the tool used back then was complex, inefficient and with a steep learning curve. Grupo Macro started with a free trial period and used cmBuilder.io to carry out the Logistical Construction Planning Test in some selected projects. It was easy to learn, easy to use and they could create the milestones much faster. Interestingly, cmBuilder not only met their needs as a construction planning platform, but also had other features that they greatly benefited from. Especially with the resource library, as they previously used blocks to render elements on the site instead of the parametric equipment they could now use. Therefore, cmBuilder was a practical solution for their construction logistics planning.

The cmBuilder free trial lasts two weeks and for Grupo Macro that was enough to realize that the platform has a lot of potential and presented an efficient solution to the growing needs of the company. The first few days were spent exploring the platform and evaluating its features, the tools it has to offer, and how best to use them; then it was gradually integrated into the implementation of a project, evidencing its easy navigation and use. From the beginning, two features of cmBuilder that really stood out were the Construction Project Milestone tool and the Excavation toolset.

The available functions not only simulated the pre-construction stages by importing the models and placing assets, but also started creating construction milestones for each project. With the scenarios built directly on the topography, the process became faster and more precise than before, facilitating the estimation of the project progress over time.

The excavation tool was not only easy to implement, but also produced detailed results. For example, in the "HUB Reforma" project, cmBuilder was used to demonstrate to our clients the different phases we proposed for the excavation, the foundations of the building, the building process and allowed us to show a reference of the surroundings with a level of detail that we hadn’t had access before. The information obtained through the software supported our internal decision-making strategy regarding the approach of massive soil movement and the use of casting sequence, among other important strategic decisions for the optimal development of the project. Our client understood the job and planning much better due to the presentation tool and this greatly helped us in their bidding process - giving us a great opportunity to be hired.

What really stands out is the amount of data and information that the tool allows you to place within each scenario, not only to make better decisions but also to communicate them with other internal and external workgroups. Before cmBuilder, they would export the model to a 2D PDF and add drawings and annotations to it. Simulations, on the other hand, allow you to enrich the context with additional information. Simulations are an especially important feature when sharing the model with clients or people who are not so related to construction and need a clearer picture.

The benefits go beyond the creation and editing of digital models. Previously, sharing models with clients was an even greater challenge, as it would often require the receiver to get the same software installed on their system, in this scenario, most clients did not have the necessary tools to visualize the proposed models. Using cmBuilder, the customer doesn't even need to have an account to view it - just an Internet connection. Although, some customers have said that it takes a bit of time to load large models. But that reaction might be understandable because everyone wants things to happen instantly these days!

In addition, the fact that cmBuilder is a software that you don’t need to install, helps you save time (and by extension money), modifying the model in real-time by helping you decide on the spot what changes to make - either on a meeting or on the go on construction site.

The building of ‘Hub Reforma’ was a project in which cmBuilder was used to plan and communicate a very specific excavation phase. This phase was critical because of the site location, specifically, because of the soil where it was going to be located and its stability requirements in some areas. Some parts of the foundation of the building would have to be executed simultaneously to provide lateral support to shoring walls, and in other areas such as the north structure the building foundations would have to be performed first due to the location of the building on the site. It was important to locate the ground stability requirement for the excavation areas. Each week of that job was meticulously simulated in cmBuilder, exposing some critical paths and areas that would not be possible to coordinate and discuss only with a 3D model, but we were able to do it with this tool that allows for the easy creation of complex excavation geometries.

For the Gaura Building, the key aspect of the simulation was to understand how the foundation was planned to be built, separating it into phases, but also to understand the challenges of the logistics that we would face when extracting the soil coming from the structural and batch excavations because the project has approximately 26m deep and footage of approximate 4000 square meters. Using cmBuilder, we were able to find a solution, simulating the installation of two conveyor belts to lift the soil from the bottom of the excavations and with the location of the two tower cranes.

Grupo Macro started its digital transformation process trying to find a software that would help them to locate models and elements that would represent resources. What they achieved with cmBuilder was much more! Their CEO, Ing. Gabriela Rodas, who had initially asked her team to find a software for construction logistics, was very impressed when they used it to present the proposal for the project showing complex excavation phases.The internal team also found cmBuilder simple and easy to use. We are sure to say that cmBuilder reduces working time by at least 50%. And it doesn't end there, the final result they get in half the time is much richer in quality, data and precision. 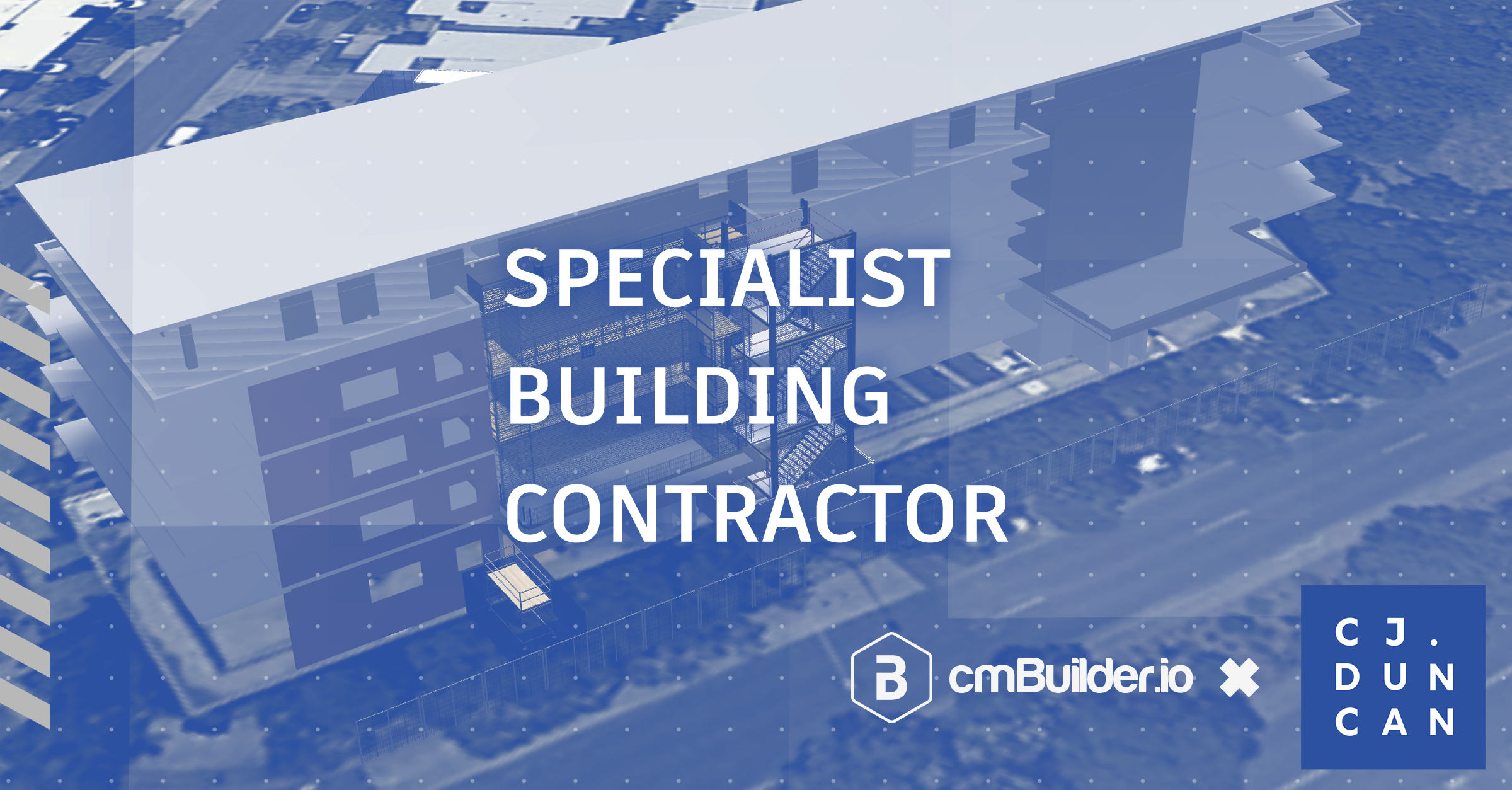 Spanning over 40 years in the construction business, CJ Duncan is an Australian based, specialist building contractor experienced in remedial & insurance, façade solutions, fit outs and refurbishments. With a diverse client base ranging from Australia's largest property owners, managers and insurers, to commercial and residential strata, CJ Duncan has built a long-lasting reputation based on quality of work and trust. 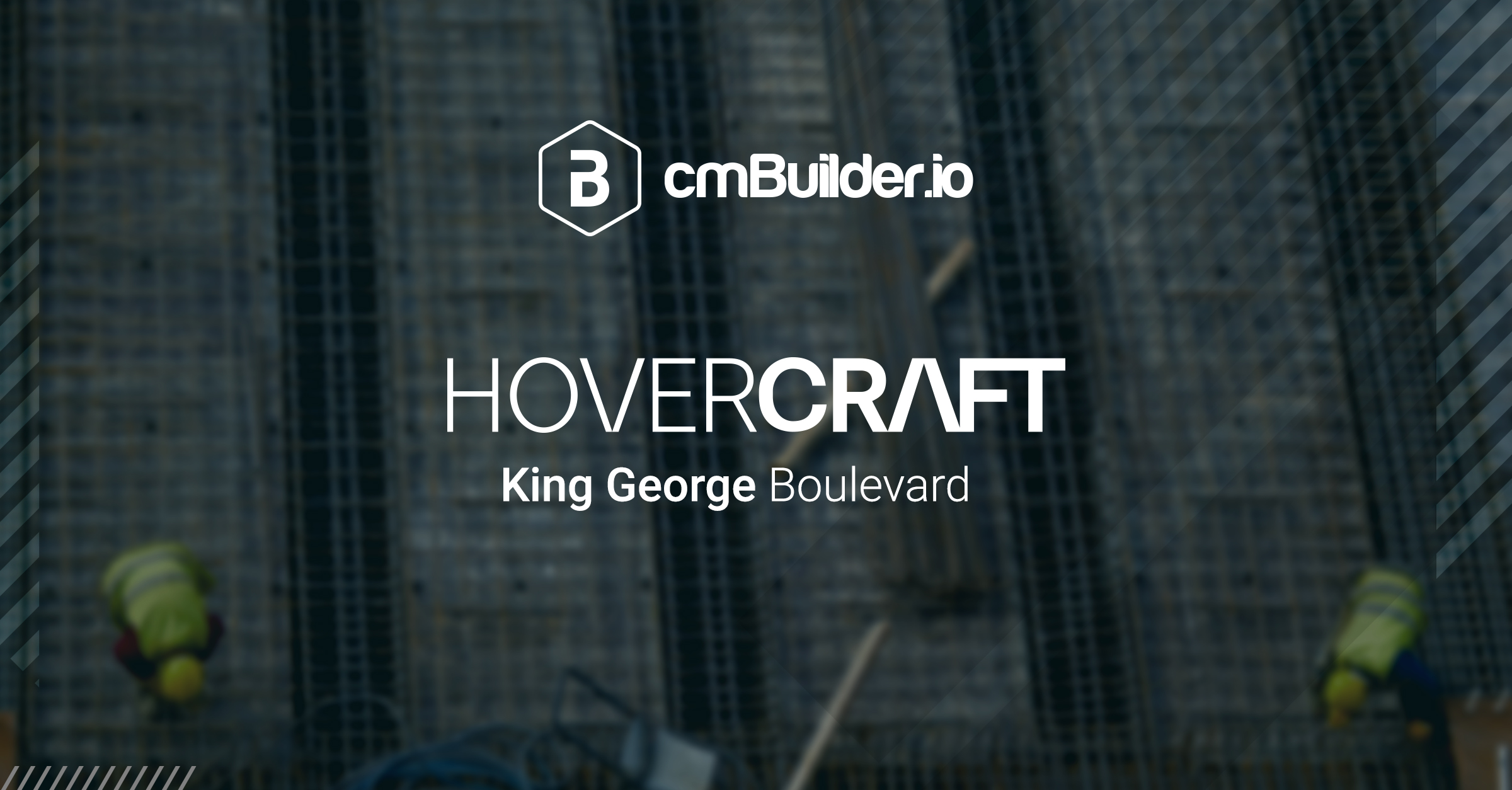 This complex mixed-use project contains a 38-story residential tower and a low-rise office building that is being redeveloped from an existing heritage building on the site. Hovercraft used this 4D simulation with cmBuilder to validate all site logistics decisions with regards to temporary resources, excavation sequencing, concrete pours, all the way through to visualizing the interior finishes against the schedule. 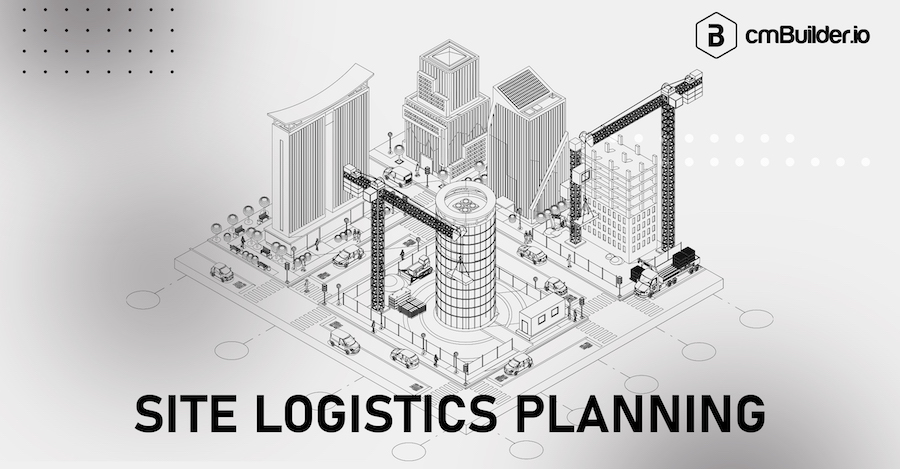 Let’s talk site logistics! From the initial site setup to bulk and detailed excavation sequencing, to the positioning of temporary resources and workers on the construction site, accurate logistics planning is critical in ensuring the an efficient and productive project. Without proper planning in preconstruction, the cost of manpower, materials and equipment delays affect overall project timelines. As Brent Olund, Vice-President of Sustainable Construction says, “for every extra hour spent in pre-planning it saves more than 4 hours on site during construction.” In this blog, we will discuss site logistics and the keys to effectively planning this process.